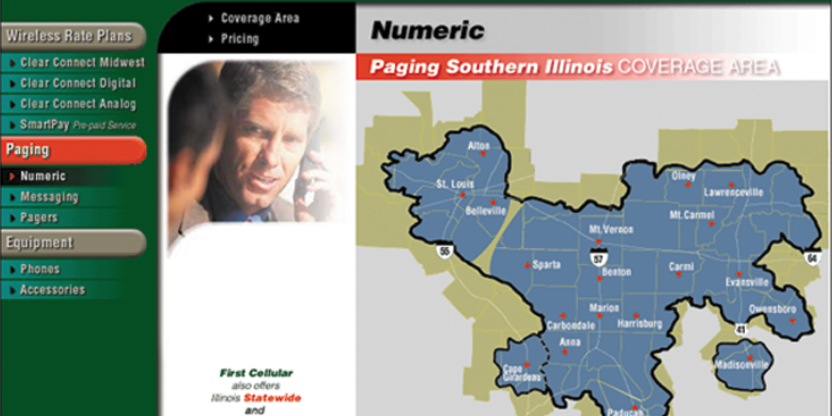 What would you do if you were meeting your numbers and your president told you he wanted a 20% increase in sales?

Article submission to the Journal of Management Advisors

Every day, so called “consultants” waltz into businesses like yours with promises to solve sales productivity problems, and boost sales and profitability.

You gaze back skeptically, thinking: “What makes this guy think he can impact my bottom line? He doesn’t even know anything about our business?”

Then just before you tell him you’re not interested, he offers to do his analysis, roll out the process and train your personnel for FREE. The catch? When sales and profitability improve, his company gets a percentage of the increase.

You think you’re dreaming! Consultants don’t work this way—Most take your money and run. But you’re wide-awake and this consultant has your attention. The company is Corporate Dynamics, Inc. (CDI), of Naperville, Illinois and the process they so confidently guarantee is called Beat Your Best!™. CDI President, Mark Landiak describes Beat Your Best!™ as a 5-Step process that involves every individual in the entire company in:

What would you do if you were meeting your numbers and your president told you he wanted a 20% increase in sales?

That was the challenge Terry Addington, President of First Cellular of Southern Illinois gave Dale Lewis, his VP of Field Operations.

The company held a management retreat during the last quarter of the fiscal year to review the previous months and discuss strategies for meeting current challenges. He decided that one of the best ways to increase sales 20% without cutting their prices (which were already the highest in their market) was sales training.

They started by committing to six hours of structured sales training every month – unheard of in their industry. At these meetings, their managers would evaluate the sales staff. They bought camcorders and would conduct role-plays of real situations. They created a new, comprehensive sales manual and brought in Corporate Dynamics, Inc., creators of The Selling Value in Wireless Process that teaches salespeople how to sell based on high-value solutions vs. low-price. The Selling Value process focuses on what’s best for the customer (even if it costs a little more) vs. pushing the promo of the month at them. All of these efforts were measurably successful.  However, First Cellular was looking for something more to accelerate and sustain the process.

Lewis and CDI president, Mark Landiak, had been discussing the Beat Your Best!™ Management Coaching process that Landiak had recommended a few months earlier. True to form, Landiak even offered to implement the entire process for free if Lewis would give him a percentage of the increase in sales that resulted.

Landiak’s Beat Your Best!™ process challenges some closely held routines. One is that sales quotas keep a company from reaching its full potential. “Quotas,” Landiak says, “are usually a minimum acceptable level of performance and once reached, are often a temptation to relax. Instead of quotas, employees need to be judged against their personal best—“What they are capable of doing.” Upon inspection, one sees immediately how Beat Your Best!™ is different. First of all, Beat Your Best!™ isn’t a program, it’s a process. You don’t “just do it.” You commit to it for the long term.

Secondly, Beat Your Best!™ doesn’t manage people by monthly quotas. It “coaches” people to do what they are capable of—their absolute best—every day! Landiak believes: “You can’t really manage a person, but you can manage process—That is, if you have one. And you can coach people to higher levels of proficiency with the right process.”

The Beat Your Best!™ process has employees set their monthly goals on what their previous “best” has been in key result areas. Employees are then competing against themselves and not with one another. To a large extent, employees are managing themselves under the guidance of managers who are there to coach, counsel and help them whenever needed.

First Cellular Area Manager, Sheri Donahue agrees:  “I have never seen such teamwork. Employees are managing themselves, enjoying it and smiling more. As a district, we were 131% over “quota.” Last month was the best month we ever had. We used to dread sales meetings. Now we are excited and look forward to them.”

Donahue’s counterpart, Theresa McMahon echoes the feeling:  “It’s the best thing we’ve ever done. My unit was 137% over the previous three months despite being two people short and having two on vacation. Employees are enthused and giving Beat Your Best!™ their all.”

Each month, employees give a 5-10 minute presentation to their peers as to how they did compared to their forecast and best performance in the key areas. Each ends with a success story. During these presentations employees are very supportive of one another and are often more demanding than managers are when someone doesn’t have a good reason for not forecasting to beat their best.

Area Retail Manager, Jeff Frey adds:  “Having employees stand in front of their peers and discuss performance is a powerful motivator. I have the utmost confidence that the program will continue to heighten production in all areas. Most managers have never been trained how to coach their people to a higher lever of proficiency.”

CDI works with the managers to create templates that work for them, then trains them how to improve the communications with each individual and implement the Beat Your Best!™ Process. There’s a Sales and Customer Service component for front line people as well. It’s a training, coaching, measurement and motivational tool all in one. And Beat Your Best!™ isn’t just for Sales. It can work for almost any department, as Financial Services Manager, Vickie Schulte notes:  “We saw a dramatic increase in sales and teamwork with Beat Your Best!™. All want to be champions and want their peers to Beat their Best. The program is going great.”

“The process has to have complete management support,” according to Dale Lewis. “But the rewards are great. In just three months the Beat Your Best!™ process has greatly improved performance, morale, teamwork, and significantly contributed to a $200,000 plus increase in sales, while maintaining premium

“The employee should be able to control, measure and guide his or her own performance. They should know how they are doing without being told.”
—Peter F. Drucker,
“The Practice of Management”

Once over the shock of having to do monthly Forecast Meetings, even the sales team is excited about the results. Sales Rep., Shannon Moore is motivated by Beat Your Best!™: “I love Beat Your Best!™. I never thought I could beat my best but I did, and it felt great. If you think you can’t, you won’t. It’s fun. I love my job now.”  Veteran sales pro, Ken Blackman was skeptical at first:  “I’ve been in sales 16 years and thought, ‘Oh, no, not another sales program!’ But this is great. You set ambitious goals for yourself and you achieve them.  I’ve exceeded my previous best in all of my performance areas! Your confidence soars and that is the main thing in sales. And when you’re doing well, you want your peers to do well, so you help them. You want to share your feeling.” Sales Representative Darrelyn Eichhorst, has even taken it to the home front: “Peers applaud you. You are encouraged to help one another. My son is captain of East Richland football team, and he is now using the Beat Your Best!™ system: Number of tackles, turnovers, interceptions, etc.”

When employees are focused and rewarded to do what they are capable of doing, sustained profitable growth occurs. This concept is at the heart of Beat Your Best!™. It’s a consistent process, but it’s not redundant. There’s accountability for improvement, but it’s not punitive. It’s about statistics, assessment and measurement, but it’s fun! And when executed, it works like magic.

Landiak echoes Drucker and adds: Beat Your Best!™ shows the coach how to improve proficiency and drive performance. These two concepts are the essence of the Beat Your Best!™ Process.” Addington agrees: “We were looking for a vehicle that would coalesce all our employees. We found it in Beat Your Best!™. It’s a unique and effective way of achieving company and personal bests.”

And, if you’re wondering if First Cellular took Landiak up on his offer to work on a percentage basis, they elected just to pay his fee up front. . . and, given their estimated annual increase of about a million dollars, are very glad they did![/vc_column_text][/vc_column][/vc_row]